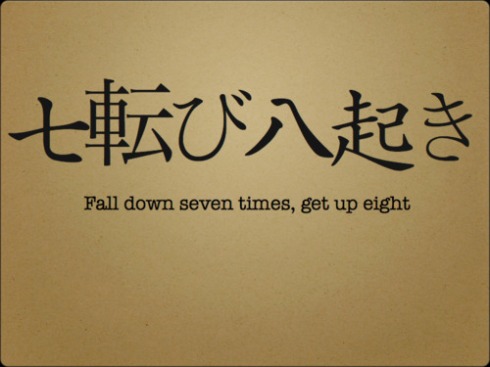 At a Bikram Yoga class before Christmas, the instructor commented on a difficult pose that about half the class was falling out of. Looking around at the room of yogis he reassured us,  “Don’t worry if you can’t get into the pose now. Yoga isn’t a sprint, it’s more like a marathon. Things come over time.”  After thinking that this particular pose should maybe be compared to an Ultra Marathon (I didn’t see myself getting there anytime soon), I began to think of his sentiment and how it applied to running, as well as life.

When I train for a marathon, I know upfront that I have a lot of miles to cover before race day- hundreds, in fact.  Yet, I try not to feel overwhelmed, as I know the miles are spread over more than 3 months. I also know that some of these runs may not go well.  Some might actually make me question why I run in the first place. Yet other runs will be absolutely perfect. This is part of the training process-  there are good and bad runs, and you just need to follow the schedule as closely as possible. The goal is to get to race day healthy and injury-free. With this philosophy in mind, I know I’m not going to be in marathon shape after one week of training.  The build-up transforms the body slowly and safely, to prevent injury and sickness.

I thought about this  “it’s a marathon not a sprint” theory again as 2013 rolled in to 2014. Like many, I have a list of goals and resolutions I’d like to accomplish in 2014. Motivated with thoughts of starting fresh, I was all ready on January 1 to hit the ground running— my feet were in the starting blocks as if I were going to run a 200. However, after blowing one of my resolutions by 1:00 p.m. New Year’s Day, I realized I should be starting like a marathon. If I want change, I have to be in it for the long run. I don’t think resolutions can be a hurry up, accomplish/change your bad habits then move on type of deal.  Again, the marathon analogy makes a whole lot of sense.

Whether our goals are weight loss, saving money, exercise, eating better, or whatever… I think to be successful in changing or accomplishing anything, we need to slow down, take a breath, and realize that it takes time to change.  It also helps to remember that along the course, there will be good days where we think we are superheroes of the New Year.  But, there will also be bad days, where that “no chocolate in 2014 resolution” is replaced by us eating 8 snack size Snickers. (They’re small, right?)  No matter how many bad days we have, remember, we don’t have to throw in the towel.  It’s not a sprint, it’s a marathon.   You fall out of the pose? Well, then just pick yourself up and get back in.  It’s all about being “in it” for the long haul.

So friends,  whatever “marathon” is in your plans for 2014… may you go far, and enjoy every step of the journey. 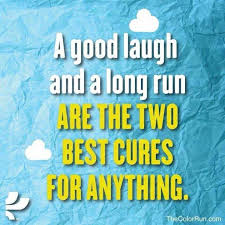